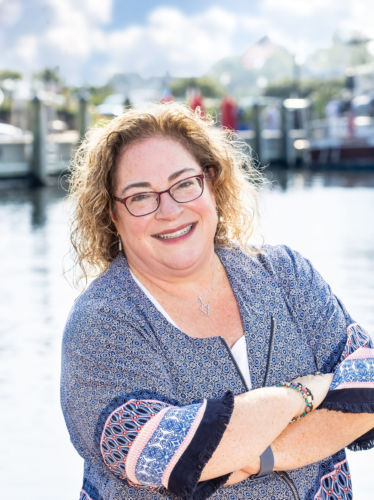 Susan Land has been practicing law for over 25 years. In November of 2020, she joined the Ruben Law Firm as the lead attorney of the Will Preparation and Estate Planning Division. Her warm and friendly nature in addition to her many years of teaching and practicing law allows clients to be confident in her ability to craft a plan for their future.
Susan has been deeply involved in the law community for many years. Over the past two decades she has held many leadership roles across various councils, committees, and associations, inspiring others and providing invaluable knowledge and perspective to her colleagues.

She was born and raised in Baltimore and now lives in Columbia. In her free time, Susan enjoys cooking, hiking, watching movies, and spending time with friends and family.

Or, fill out the form below and an attorney will contact you as soon as possible:

I wanted to give a huge thank you to everyone who assisted with my case. The entire process was convenient and informative. All questions or paperwork I submitted had a superior response time. Never any hangups or issues of any kind. It is a nerve-racking situation to be in and you all made it anxiety free.

David Ruben is personable, sincere, likable and very thorough. Ruben Law firm helped me get through a divorce that my ex wanted to drag out with her over-priced lawyer. David proved to be the calm, rational, and thoroughly knowledgeable attorney you'd want (and need) in your corner. He's not combative (he is tenacious) in the courtroom and seems to be well liked by the judges. He's not arrogant and has a great sense of humor. With David, you'll get more than just expert legal representation -- you'll get someone who listens and who will respect your time and get you the best results. I would trust David with any other legal troubles I hope I never need, give him a call -- you'll be glad you did.

David Ruben was my attorney during my recent divorce proceedings. His professional expertise resulted in a positive outcome to a lengthy and difficult process. He and his staff were professional, supportive and quick to respond to my questions and concerns during a stressful time. I would highly recommend him for any family law related representation or advice.

I want to take this opportunity to express my gratitude for your professional assistance with my family law and divorce issues. Your expertise, service, and price were outstanding! You are highly intelligent, very intuitive and creative with a great sense of humor. Your kind assistance allowed me to feel at ease with the difficult process of divorce. I really can't say thank you enough. You're a great person for helping people in need. I wish you and your family the very best. Thank you, thank you, thank you very much.

Mr. Ruben, Thanks Again !!! You were awesome!! When the State's Attorney started reading the police report and the Judge's face started getting all contorted and his mouth opened wide. I thought for sure they were going to lock me up! Then you did your smooth talking and I can't believe all I got was a $100 fine. I'm so grateful!! I'm really nothing like the person described on the police report! You and Tina both were very reassuring and understanding and she is definitely an asset to your firm and you are a class act! Thank You!!

I have no words to thank the Law Offices of David Ruben for all the attention, support and kindness you dedicated to my father. I simply cherished the services rendered. I am absolutely sure that every person who may need your services will be in excellent hands. I say that based on my own experience having my father's case handled by your office. David, you were so compassionate and I just can't thank you enough for what you've done for him. I would definitely recommend this office to whoever needs an attorney.

I have had dealings with other attorneys in the past, but what a pleasure it was to not have to chase my attorney to get a status on my case. I actually got calls on a regular basis informing me where things stood and where we were going at each stage. I don't think I had to call your office once! Your advice was always very sound, and I am so happy with my settlement.

I recently completed my bankruptcy discharge with you and I want you to know how grateful I am for the service I received from your firm. From the associates that answered the phone right up to the attorneys themselves, I always felt that I was the only client in the practice. It was not an easy road for me to declare bankruptcy but I am so glad that I trusted you with my personal issues. Thank you so much for being there in such a professional and caring way.

Wow, I didn't think there are lawyers out there like Mr. Ruben. He did not talk down to me and made me feel comfortable about my very difficult situation. He always answers my calls and responds to my e-mails immediately, and he did a great job with my case. I would recommend his services to anyone.

I was fortunate to find your web page a few weeks back. You are a very good lawyer and a heck of a nice guy to boot. Thanks for helping me in a time of some angst. Please know how much I appreciated your immediate responses and replies including weekends and calling me back last Wed night. It is obvious what sets you apart from your peers and makes you the leader in your field.

I highly recommend Ruben Law Firm. Mr. Ruben and his staff are all absolutely wonderful. They are all extremely professional and efficient. I am very thankful for all the work Mr. Ruben has done for me over the years. If I ever need an attorney again, I will definitely be using Ruben Law Firm.

I must say I have used Ruben Law Firm on a few occasions and I will not go anywhere else. David Ruben and staff are very friendly and professional. Always responsive and they get the job done right the first time! If your looking for quality, reliability, personable and affordable you can't go wrong with Ruben Law Firm.

Ruben law firm and his team were excellent. I had never been through a divorce (or even used a lawyer for anything), but the walked me through everything and answered all of my questions, even the dumb ones. They even stayed in court all day with me when the courts kept pushing the time back of the hearing. Absolutely amazing people. I'll definitely be using them again for any of my legal needs.

I went to David Ruben seeking guidance and support as I entered a very difficult period in my life, seeking a divorce and knowing I could be facing a nasty custody battle. However, David was a beacon of hope at a time when I thought my options were limited and the likelihood of a satisfactory resolution seemed impossible. Not only did David defend me again unjust accusations, his calm and empathetic demeanor offered emotional succor to myself and those I care about most. Me and my minor child are eternally grateful for his services and I highly recommend Mr. Ruben without reservation.

I'd like to take this opportunity to express my appreciation for your services. My concerns and worries were laid to rest the first I met with you. You were sensitive and kind as you explained the law. Your approach to providing professional advice took into consideration my current and future needs, with the goal of providing me the best outcome. The process was seamless. Working with Susan was a delight. Before my hearing, she explained the process and prepared me on what to expect. Throughout, your staff earned an A+ rating for their professionalism, knowledge and promptness. I sincerely appreciate each time I could called or emailed, I'd receive a prompt reply. And, your service continued beyond the conclusion of my case. Thank you.

David Ruben's Law Firm and staff are the Lawyers I would recommend for any legal problem. Years ago I went to David Ruben for financial advice and never to this day, regretted my decision! If I need legal advice in the future I would never hesitate going back to him. David is Honest and a Caring Lawyer that you can Trust!!

David Ruben and staff have represented me twice. I will never go anywhere else. They are understanding, down to earth and always professional. They keep me informed each step of the way. I definitely recommend them!

Ruben Law firm really came through for me when I was at my greatest need for financial help. They made the bankruptcy process easy and understandable. I very much appreciate their service and would recommend them to anyone facing the same dilemma I was in.

I was truly Pleased with the legal services provided.
From beginning to end the firm made Sure everything went smoothly.

We receive great and affordable legal advice from the Ruben Law firm. And when it is an area outside their expertise, They provide excellent referrals.

I walked through the doors of Ruben Law Firm in 2016 and personally met with Mr. David Ruben. I knew nothing about him or the firm's reputation; other than the testimonials on the website. He along with his staff are top notch legal professionals, proven leaders, courteous and approachable. They do NOT judge you. I came to the Ruben Law Firm in despair and left feeling that there was hope for me if I trust them to do their job. I am a law firm professional as well and I can attest to the hard work and dedication the Ruben team will strive to provide for you, too.

The Ruben Law firm gave excellent service for all my legal concerns involving a judgement of divorce. They were very patient listeners, helped clarify the positions I must take, and explained all legal procedures that would be involved. They were successful in winning my case step by step. I highly recommend them.

My daughter used Ruben Law Firm more than 10 years ago but she never forgot them because they were just that memorable! Therefore, a little over a year ago when I needed legal advice and service my thoughtful daughter referred me to Ruben Law Firm, specifically Mr. David L. Ruben. Today I can only say that my experience with Mr. David L. Ruben and the Firm was the best decision I could have ever made. They took care of my legal issues with such professionalism and in the most timely manner which made it appear as though I was their only client. I thank the entire staff, Mr. Ruben and the paralegal for handling my case and for not overcharging me for the service. Thank you!

Your firm was a recommendation from a friend and I have made the same recommendation to others. The expertise and professionalism of your colleagues and staff is outstanding. Thank you so much for your assistance in my case. Your company far exceeded my expectations.

I have used David Ruben on several occasions. First with my son and then with my husband. We were very satisfied with the service that we received. We were so impressed that we came back to use him on four (4) separate occasions. He is professional, courteous and dependable. I highly recommend him for your legal problems.

Ruben law firm is definitely the firm to go with. Everyone there is understanding and kind. I went in feeling embarrassed but when i left i had a renewed sense of confidence that they were there to help me. Amazing group of people.

Leslie
Read more from our clients